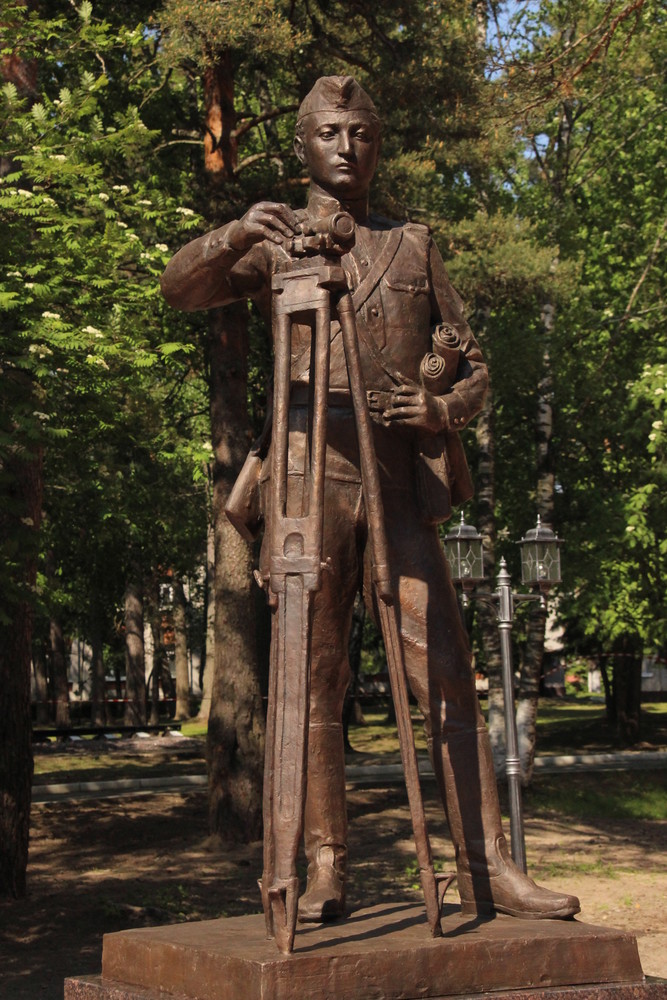 To the glory of military builders

On June 14 Military Engineering Institute of Military Academy of Logistics named after Army General A. Khrulev (VA MTO) celebrated the 80th anniversary of its foundation. As part of the celebration a monument to military builders was unveiled by Deputy Minister of Defense of the Russian Federation Dmitry Bulgakov in the settlement of Privetninskoye where VA MTO is based.
The creation of the monument was sponsored by the Grachya Pogosyan Charitable Foundation.
The role of military builders, military engineers is really great in our life. They, being both soldiers in fact and creators at the same time, are ready to defend their Motherland at any moment. Military builders are highly qualified construction officers who can manage the construction process of facilities of varying complexity under various circumstances.
Military builders have long dreamed of erecting a monument to the people of their profession. This project was realized thanks to the head of the Military Academy of Logistics named after Army General A.V. Khrulev Andrei Viktorovich Toporov and the assistance of the head of the Military Engineering Institute Vladimir Borisovich Konovalov.
Knowing about the great charity work of the president of the Charitable Foundation Grachya Pogosyan, also a military man in the past, they addressed him with a request to undertake the project and help to create a monument to military builders. Grachya Pogosyan agreed immediately.
Active joint work was carried out to develop a concept and coordinate sketches for a year. The project of the St. Petersburg sculptor, professor of the department of monumental and decorative sculpture of The Saint Petersburg Stieglitz State Academy of Art and Design was chosen out of several works by different authors.
And so, on June 14, the Deputy Minister of Defense of the Russian Federation Dmitry Vitalyevich Bulgakov, the management and veterans of logistic services arrived at the base for providing the educational process to celebrate the 80th anniversary of the founding of the Military Engineering Institute of the Military Academy of Logistics named after Army General A.V. Khrulev. As part of an extensive program, which included an inspection of the training base, the opening of educational facilities for the educational support battalion, two Avtodrom sites, and the examination of training points on the sea coast, the unveiling of a monument to a military builder, engineer and architect took place.
Deputy Minister of Defense of RF Dmitry Vitalyevich Bulgakov warmly thanked the philanthropist Grachya Poghosyan for his excellent work, conveying a Certificate of Acknowledgement for his responsiveness and kindness, close cooperation and charitable assistance in the construction of the monument to military builders. The Deputy Minister of Defense recognized the work of the sculptor Leva Beybutyan by awarding him a Certificate of Acknowledgment as well.
In his turn, Grachya Pogosyan handed over his portfolio of the charity work done recently to Dmitry Bulgakov.
At the end of the celebrations, the guests visited the parish of the Church of the Resurrection of Christ, the settlement of Privetninskoye, located on the territory of the educational base.